What is Blockchain Technology?
A blockchain is a list of records, linked using cryptography. Each block contains a cryptographic hash of the previous block, a timestamp, and transaction data. At the basic level, a blockchain is an open, distributed ledger that can record transactions between two parties efficiently and in a verifiable manner. It works best in a peer-to-peer network. It is a database, where the data gets verified with a piece of an algorithm. This essentially means that the data in a block cannot be changed without altering subsequent blocks. This ensures data security and works for situations, where there is an element of trust at play. Moreover, data on the blockchain are also encrypted and cannot be misused.

How can it be used?
The traditional way of sharing documents with collaboration is to send a Microsoft Word document to another recipient, and ask them to make revisions to it. The problem with that scenario is that you need to wait until receiving a return copy before you can see or make other changes because you are locked out of editing it until the other person is done with it. That’s how databases work today. Two owners can’t be messing with the same record at once.That’s how banks maintain money balances and transfers; they briefly lock access (or decrease the balance) while they make a transfer, then update the other side, then re-open access (or update again).With Google Docs, both parties have access to the same document at the same time, and the single version of that document is always visible to both of them. It is like a shared ledger, but it is a shared document. The distributed part comes into play when sharing involves a number of people.
Imagine the number of legal documents that should be used that way. Instead of passing them to each other, losing track of versions, and not being in sync with the other version, why can’t *all* business documents become shared instead of transferred back and forth? So many types of legal contracts would be ideal for that kind of workflow.You don’t need a blockchain to share documents, but the shared documents analogy is a powerful one.

Blockchain technology is like the internet in that it has a built-in robustness. By storing blocks of information that are identical across its network, the blockchain cannot:
1.Be controlled by any single entity.
2.Has no single point of failure.
Bitcoin was invented in 2008. Since that time, the Bitcoin blockchain has operated without significant disruption.The internet itself has proven to be durable for almost 30 years. It’s a track record that bodes well for blockchain technology as it continues to be developed


The blockchain network lives in a state of consensus, one that automatically checks in with itself every ten minutes.  A kind of self-auditing ecosystem of a digital value, the network reconciles every transaction that happens in ten-minute intervals. Each group of these transactions is referred to as a “block”. Two important properties result from this:
1.Transparency data is embedded within the network as a whole, by definition it is public.
2.It cannot be corrupted altering any unit of information on the blockchain would mean using a huge amount of computing power to override the entire network. 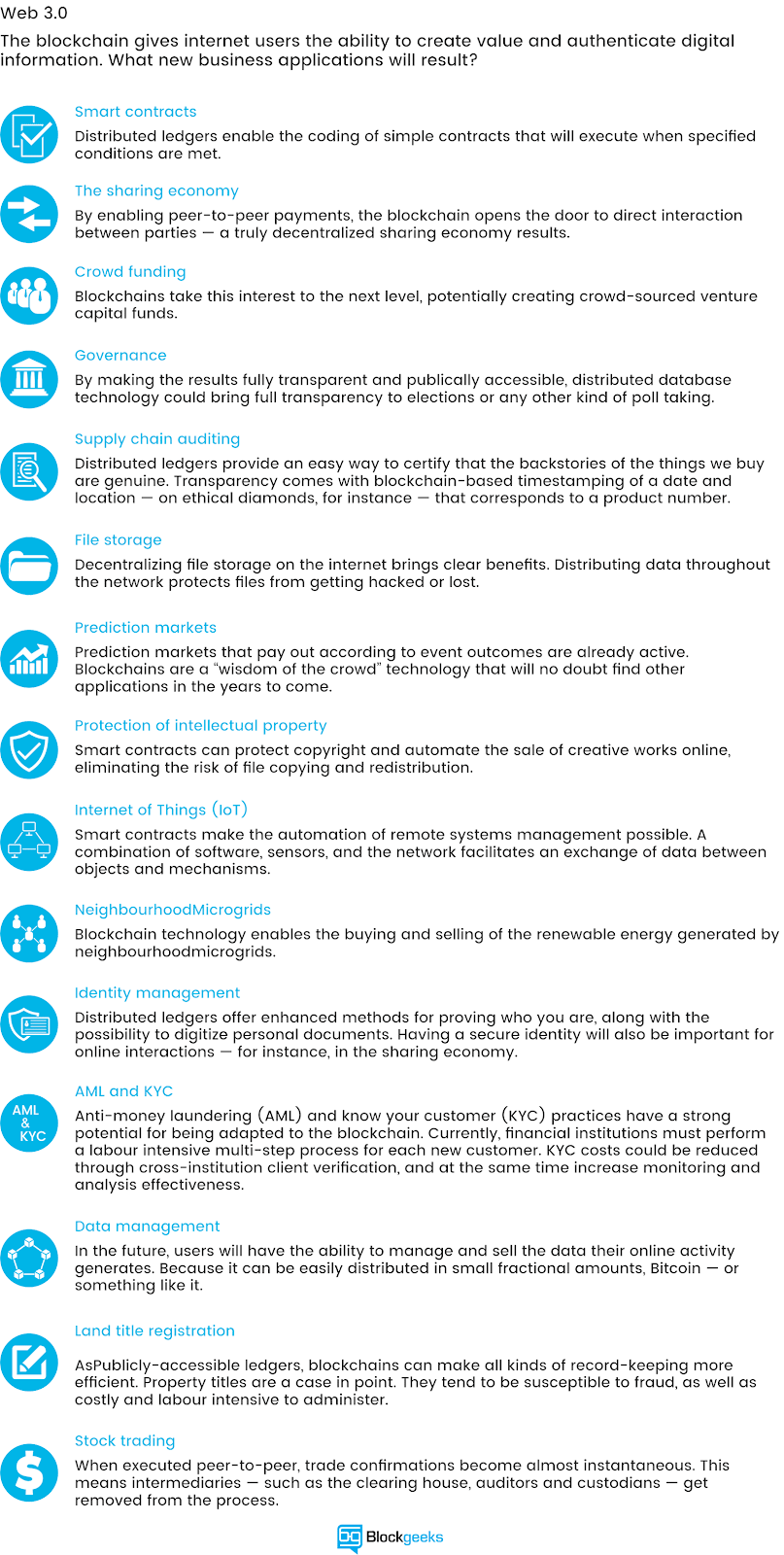